Learning a traditional language, like any language, is difficult. Immersing yourself in it during the learning process is helpful, and where better to be immersed than in the comfort of your home?

Through technology known as augmented reality (AR), the Pama Language Centre is endeavoring to revive and preserve the at-risk traditional languages of Far North Queensland.

AR enhances a real-time object with computer-generated information, making it possible to enliven and interact with objects that surround us.

In the image above, each picture box on the Guugu Yimithirr Personal Pronouns poster contains a scannable code. Scanning the code with a phone or tablet gives lifelike characteristics to the paired picture, which then shows an example of a grammar point.

The Guugu Yimithirr dialogue becomes both visual and audible. Subsequently tapping a button summons an English translation of the dialogue. 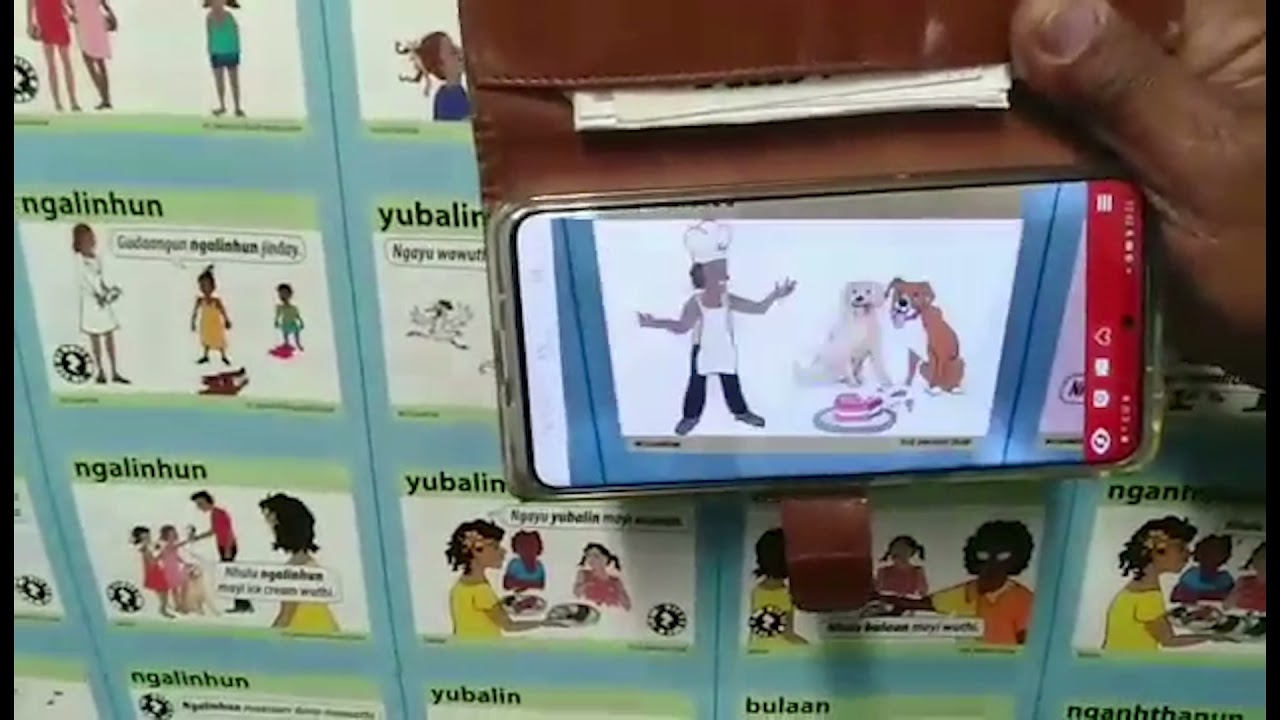 To learn new words, laminated cards with “zap codes” can be attached to everyday items in the home such as a kettle, door, fridge or chair.

Scanning the code on the card with a device sounds the name of the item in traditional language.

AR posters and cards are making it possible for everyone to hear and to interact with their language whenever they wish, something not possible until now.

Other AR resources that have been developed for the Guugu Yimithirr language include an alphabet poster and book. There is also a new Guugu Yimithirr children’s picture book by language teacher Lillian Bowen.

Thanks to AR technology and the efforts of the Pama Language Centre, immersive learning environments are now possible. There is also a restoration of hope in reviving vulnerable traditional languages.

Thanks to AR technology and the efforts of the Pama Language Centre, immersive learning environments are now possible.

Pama Language Centre team members visiting Cape York Communities. The Guugu Yimithirr dialogue is an important part of the team and being in touch with the community becomes a key element.

Pama Language Centre works with fluent speakers and teachers of ancestral languages, like Lillian Bowen, to create these high-quality learning resources. The Personal Pronouns poster is a scalable resource – it can be translated and adapted for any language.

Pama Language Centre is an entity of Cape York Partnership